Control is overrated. Musings of a stay at home mom, an aspiring writer, and a spiritual seeker. 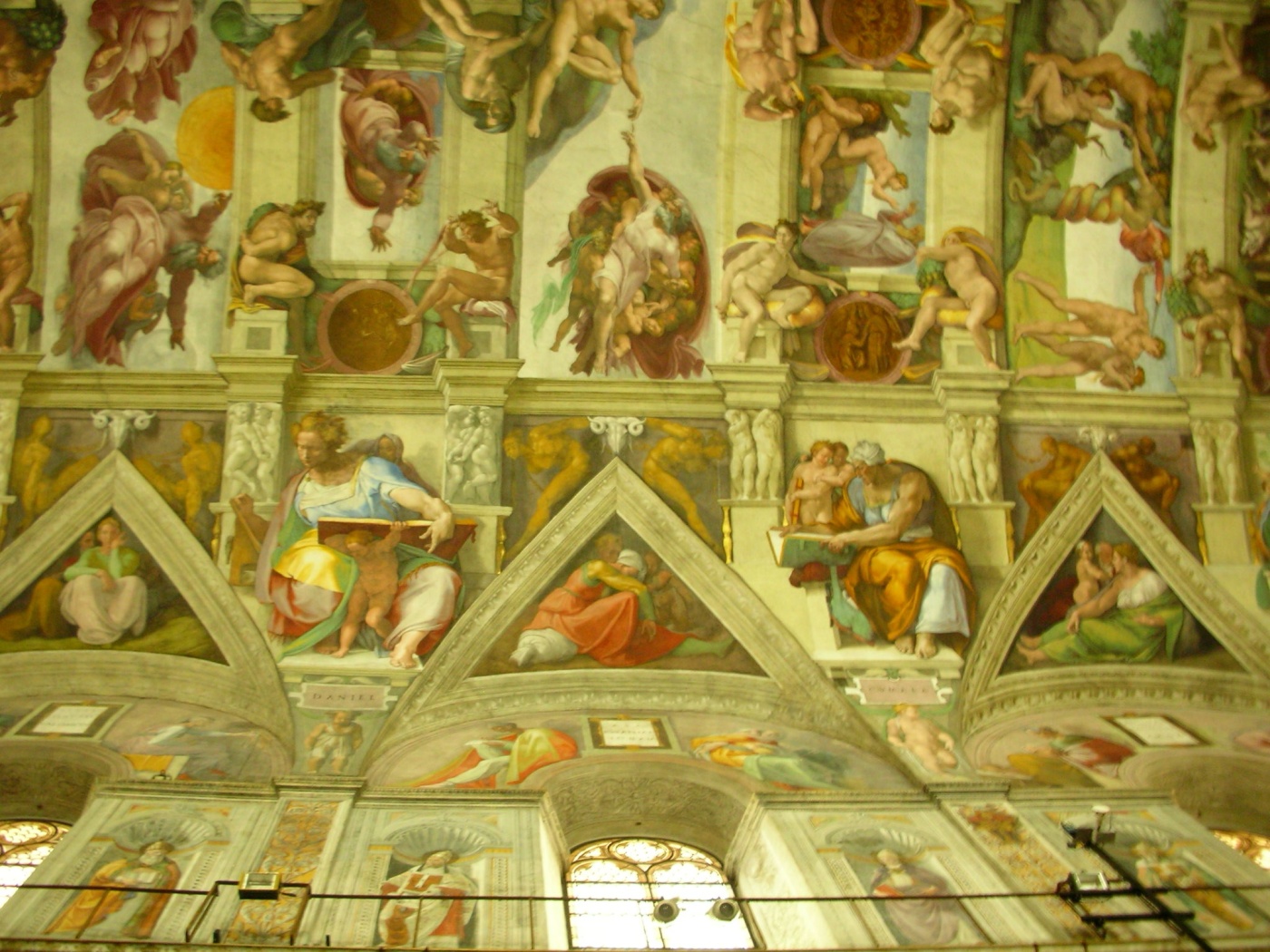 I’ve been thinking a lot about mastery lately. I have a book idea that’s been on my mind for two years now, but it has yet to make it out of daydreams and incomplete outlines into pages, let alone chapters. With my new SAHM gig, I thought this would be a great opportunity to apply myself, and to write this book. I have had some progress in developing the plot, but the story hasn’t gelled completely yet.

Since the beginning of the year, I’ve been doing 10 minutes of writing exercises nearly every day with the idea that I need to write every day to get the creative juices flowing. And I was happily tooling along, writing just a little bit, almost a page or so, every night, until I ran across the term ‘mastery’. It is not a foreign concept to me, but it brought to mind Malcolm Gladwell’s premise that 10,000 hours of practice will make you a master in your field.

I did the math. At ten minutes a day, I could master writing in just over 164 years. If I double my daily time commitment, master is still outside of my expected lifespan, and by tripling my time commitment, I could well be suffering dementia, Alzheimer’s, or something even more challenging to write around. If I up my daily writing commitment to one hour, I would reach the magic of mastery in under 28 years, two hours a day brings it down to under 14 years, and three hours of writing a day – which is all of Zoe’s nap time every day, good-bye laundry, I would reach the magic 10,000 hour threshold in just over nine years.

When I first did the math, I thought I could write my masterpiece in 9 years if I really apply myself. But this is a procrastination technique I use to avoid hearing from my inner critic -the critic who believes I must devote ten thousand hours to this craft before I have anything worthwhile to write. Where does talent, or love of the activity, or even practice come in? If I turn off the critical noise, I do believe I can write something worth reading now, if I apply myself.

Last year I ordered a book from a Buddhist press, called Writing Down the Bones, by Natalie Goldman.   It sat on a growing pile of books on my ‘should’ list, until I made a New Years resolution to read a book from my stack between each kindle novel I read. Ms. Goldman’s book was the first on my list, and it was the start of my ten-minute writing exercises.

The book was an interesting read – it was her first book, and it was about teaching writing, now that’s mastery, if I’ve ever heard of it. But it was also well written, engaging, and about a topic I was interested in. She used writing as her meditation platform. Instead of sitting on a cushion or walking meditation, or any other style of meditation out there, she would sit with a pen and a notebook and write her thoughts in a stream of consciousness.

I would like to develop a practice of sitting meditation. The more I read of Buddhism, the more intrigued I am by this ancient philosophy that places you at the center of responsibility for your own life. Understanding my heart and mind, uncovering my motivations, recognizing negative emotions and being more willing and able to exist in the same space with them are some of the benefits I would receive by meditating, but I have not prioritized it this year. I am not beating myself up for it – I have prioritized other things, like being present with Zoe, increasing my physical exercise, and working on writing, at the moment.

I have tried writing as a meditation, but I am unable to just type what comes across my mind for very long. I either think of white space, and then the word ‘duh’, or I begin to write what I’m thinking and get caught up in grammar and making the writing work, instead of transcribing my thoughts. So I could devote some effort to this style of writing, but I don’t think it will get me where I want to be in another decade, so I am content to have tried it a few times.

I have also been streaming some dharma talks for the past few months. I get to listen to a teaching as I do laundry or work on a furniture piece. In Andrea Fella’s discussion of Restlessness, which is a difficult state of mind that can detract and distract from your practice (think sitting down to meditate, but feeling like you want to be doing something, anything, else. This is not a stretch for me), she focuses on cultivating a calm state of mind, instead of focusing on getting rid of restlessness. It’s a small perspective change, but one that puts you in the present moment of positive activity.

Near the end of her talk, Diana Clark, explained how she wanted to take longer walks for her health. So she thought about what things would be conducive to help her take longer walks, and she came up with three things: a good pair of cushy walking socks, having her water bottle handy, and having something to listen to. So when she was doing laundry that week, she made sure her good socks were washed and ready. At some point, she moved her water bottle to a visible spot by the front door, and she loaded some talks onto her iPod. She didn’t sit down and do all of these things at once, she incorporated these tasks in to her routine that week. And then, because those things were in place, she took a longer walk that week, fulfilling her desire.

The idea of cultivation is so different from my typical method of goal setting and accomplishment, which involves high expectations, a specific timeline, and a specific outcome, if not success then failure. Cultivation is a mastery generator. It is a way to sow positive seeds that will germinate and grow into the desired outcome. It is more organic, more thorough and at the same time much more gentle than is my habit.

Cultivation works not just for beneficial things. By spending time experiencing and later reliving a negative emotion, I can cultivate resentment, impatience, or anger. By giving Zoe what she demands, instead of prompting her to make a polite request, I could cultivate a demanding child. And by repeatedly sitting her in front of the television when she is fussy, I could be cultivating a child with no ability to tend to her own needs.

As I look at the changes in my life over the past year or so, I realize I have been cultivating a writing practice. I read books on writing. I read good and bad novels and make notes on what I think works, and things to avoid in my own writing. I write every day, even if just for a little bit. I read one of my pieces to a writer’s group. I took the bold, (to me, if cliché, to my brother,) step of publishing a blog and sharing it with friends and family. And I have made my immediate priorities Zoe, my health, and writing. When I look back a decade from now, I will be much closer to mastery than I am now, no matter how many minutes a day I write.

Married mother of an (of course) adorable 2 year old girl. New to my role as stay at home mom, previously of the Project Management in IT world. Loving the new life.